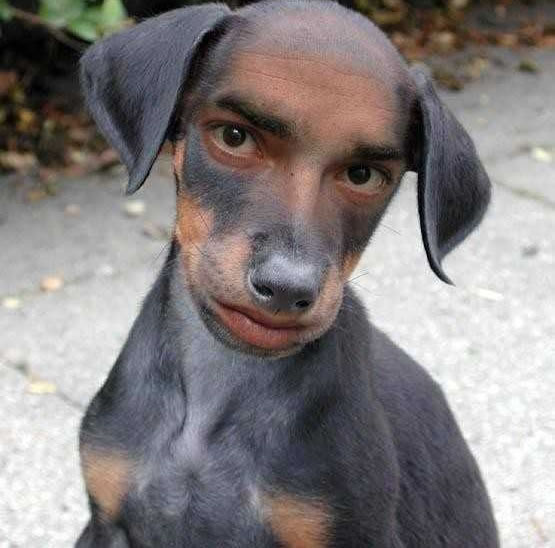 Hot streaks of sunlight burst through the window and silently lit up Harry Wildman’s sleeping face. The radiant heat seemed to magnify as it crawled up his cheeks and washed over his closed eyes.

Slowly his eyelids slid up from their locked positions.

The friction on this eyeballs felt like two flexible sheets of metal dragging over concrete spheres as he resistantly blinked awake into the fierce heat of the morning sun.

Harry was a businessman.

The previous evening was dominated by a relentless effort to sell shares of a flea collar manufacturer to a group of small-time Chinese investors. The bartering session had gone down amid a furious mix of cocktails and cigarettes.  The final drunken handshake landed within the window-less walls of a lively, thumping tavern near the airport.  Harry had stumbled away with what he considered a pretty fair possibility of an eventual sale.

Afterward, as he had weaved his way home through a blurry fog of painted highway lines and false optimism, Harry remembered realizing he had no business driving at that time.  Yet……again….somehow, he had made it through the ordeal unscathed.

Now he was lying in bed feeling physical head pain. And a sort of survivor’s guilt  The relief of not getting caught driving impaired had been quickly replaced by an immense weight of guilty remorse at making yet another stupid decision to drive when bombed.

He lifted his body from the bed, stumbled across the hard wood floor toward the bathroom.  Almost falling backward as his knee hitched on the downswing, Harry’s bottom landed safely onto the porcelain ring.

Feeling slightly better, he exited the bathroom then shuffled toward the kitchen, all the while pushing against the unmistakable, yet silent force of guilt pressing around his heart like an undersized tube sock.

He thought to himself: Why do I keep doing that?

As he entered the kitchen, a very strong chemical odor rushed into his nostrils. Harry was overcome by what seemed to be a blasting bleach cloud, not unlike the chlorinated smell of the swimming pool at the YMCA. He continued walking toward the refrigerator. As he approached, dizziness quickly overcame his senses. He was soon overcome by a powerful gas. It caused him to stop and try to catch his balance. Then he tipped backwards. Still on his feet, he overcompensated and leaned forward too far. He crumpled into a heap onto the kitchen floor.

Although it had started as an awful morning, Harry was actually quite lucky in the end.

If it had not been for his roommate, who happened to find him lying on the kitchen floor only minutes later, Harry may have suffered more damage. Compared to the roommate, who never did pass out, it was apparent that Harry had gotten the worst of it. Freon gas tends to dissipate quickly, and Harry had just happened to enter the kitchen when the concentration of Freon was at it’s peak. Even minutes later, as the roommate entered the kitchen and discovered Harry unconscious, most of the Freon gas had already diffused to a less harmful concentration throughout the house, and so the roommate was spared from breathing in the deadly gas.

An ambulance rushed Harry, unconscious, to the hospital.

To say he would ever be the same would be a lie.  That Freon gas was just part of the chemical equation that made up the unique circumstances surrounding what happened to Harry on that very odd day.  Yes, it’s true that Harry had suffered some significant damage to his hard drive…his brain. A truly rare combination of circumstances had come together at just the right time, which ended up resulting in a highly unusual “cause and effect”.  And all this resulted in a subsequent condition for the man we formerly knew as Harry.

However, the effect was not immediately detectable or apparent using standard hospital procedures and tests.  And therefore, the cause remained irrelevant, at least during his stay in the hospital.  Even his doctors did not fully understand the extent to which Harry’s brain and personality had been transformed.  All they knew was that any effects from Freon poisoning were not present in the young man.  Therefore, once he awoke, the clock started ticking as it normally would and the patient known as Harry Wildman was well on his way to being discharged.

But let’s just back up real quick and recap.  Let’s take a moment to catch our breath and dig a little deeper into what that hospital had no clue about at the time.  Here is what we know:

The unusually high level of personal guilt Harry had been feeling at the very moment when he entered the kitchen on that dreadful morning had caused an over-abundance of adrenaline to be released throughout his body. This elevated biochemical condition within Harry’s body, combined with the potentially lethal blast of Freon gas directed into his bloodstream, had resulted in some severe damage to portions of Harry’s brain that controlled his mental aptitude and unique human personality traits such as the ability to reason without external stimuli.  Additionally, these changes caused another shift, kind of in the opposite direction, where both his senses of smell and hearing were both greatly amplified.  It was like somebody took a live electrical wire, tied one end to the nerve endings in his nose, the other end to his ear drums, and lashed that live lightning highway directly to his cerebral cortex.

Harry had been reduced to having the personality of a friendly house dog.

Since the hospital staff did not personally know the old “Harry”, they certainly could not see any immediate problems, even after he awoke. He was still able to speak in a simple manner.  And unless they had decided to toss a tennis ball to the other side of the room, there was really no way for them to detect the resulting “miracle” that had occurred.

Without cause for alarm, the medical staff proceeded about their job as they would with any patient’s recovery: They proceeded to nurse Harry’s body back to health and eventually released him back into the world.  Unbeknownst to the hospital staff, they were releasing a “new Harry” into the world.

Okay…so let’s go ahead and call him “Hairy” now.

Hairy left the hospital with two things on his mind. First he needed to find some food. Second he needed a friend. A companion. Somebody who would throw him sticks and tennis balls.

Oh yes, he thought to himself, bottom wiggling excitedly. That would be ideal!

Hairy wondered if he could find somebody who would throw anything.  His plan was then to chase after what was thrown, followed by recommended next steps of him bringing the thrown object back to the person who originally tossed it…or alternatively, to somebody else who seemed to be paying attention. Then that person would reward him with food. Hairy realized that based on this series of steps, this business process, if you will, then at the “food reward”  point in the sequence, he would pretty much be getting paid to have fun!

Boom…Hairy was still a businessman.  And his human reasoning skills were still partially intact.  Albeit, the majority of the time, any initial stimuli to Hairy’s thoughts consisted of food, chasing things, and hearing or smelling within his immediate vicinity.

After leaving the hospital, walking upright as any normal human might, Hairy soon came to a large school playground.  Gleeful shouts and laughter filled the air as dozens of children were romping around the open field.  Their energy resonated to Hairy as he quickened his pace with a hop toward the playground.

With his backside gyrating wildly, Hairy was overcome by a drive to match the playful carefree expression of joyful life that seemed to radiate off that field of children so completely. So he climbed over the fence and immediately joined in the fun.

At first several children ran up to Hairy, laughing at the funny man who had broken the barrier and dropped into their safe world.  Then, as if a light switch was swatted urgently, the children all skidded to a halt.  Suddenly they were realizing from the depths of joy and freedom, that the barrier was there for a reason, and that this man was a stranger.  Their playfulness quickly slowed to confused giggling as the smiling grown man charged happily toward them with his tongue flopping wildly out the side of his mouth.

The children turned and ran in sudden terror from this odd stranger, wiggling his bottom as he ran, which, by the way, slowed him down enough for the children to not be quickly overcome by the loping tongue-wagging adult.

Hairy had never felt more free and happy.  He just wanted to share his joy with others, as any normal canine would.  The swivel in his hips felt so natural.  It was like the release of happy energy being spread by hoola-hoop motions as he scampered toward these wonderful young people.  His new friends!  He could feel a fresh, cleansing morning breeze sweeping across his cheeks as he barreled forward, almost stumbling as he leaned forward to reach his arms out toward the closest fleeing child.  At this moment in time, Hairy was more alive than Harry had ever been.

After chasing several of the children across the sandy playground, Hairy stopped to think about what to do next. The first thought that popped into his head, as he stood there, lurched over and panting among the few remaining curious children, was to identify and befriend one of the kids in the group as soon as possible. Hairy was very hungry.

He scanned the group quickly, and then lunged forward, grabbing the closest child. The young boy began screeching horribly. Hairy lifted the boy’s face to his and proceeded to lavish the boys face with a wet, sloppy cheek licks. The other children scattered.

Sirens blared more loudly, squad cars screeched to a halt, and Hairy was arrested within minutes.

After a brief court hearing, Hairy was sentenced to serve six months in a county jail.

One of the few negative marks on his time in the county jail was an unfortunate incident where he was stabbed in both arms for humping another inmate’s leg.

Another issue arose over time as Hairy repeatedly demonstrated the ability to bend his body enough to lick his entire body.  As part of that complaint, the other inmates were mostly offended because he “bathed” himself in the yard, daily, and in front of the entire general population.  A man can only take so much bragging, even in prison.

And there were so many incidents where Hairy was reprimanded for drinking face-first from toilets that they eventually just gave up and let him do it.

Hairy was eventually released from prison for good behavior. The prison psychiatrists pronounced that Hairy was indeed sane, but unfortunately enjoyed all the same things that a typical dog would. The examining physicians could not explain why Hairy behaved in this manner.  Nonetheless, they also concluded that he was really of no danger to society.

The day Hairy walked out of prison, he was feeling a pent-up energy. He had hated being in a cage like that. In fact, he was so excited as to be outside the perimeter of the prison fence, that he began chasing the first car that passed by.

Unfortunately for Hairy, the road was a four-lane highway, and he was soon mowed down by traffic. Witnesses said he looked very excited, almost happy, as cars blasted into his body, arms flailing. One motorist said that his tongue seemed to be hanging way out of his mouth. “More than I would expect for a human tongue to hang,” was the quote.