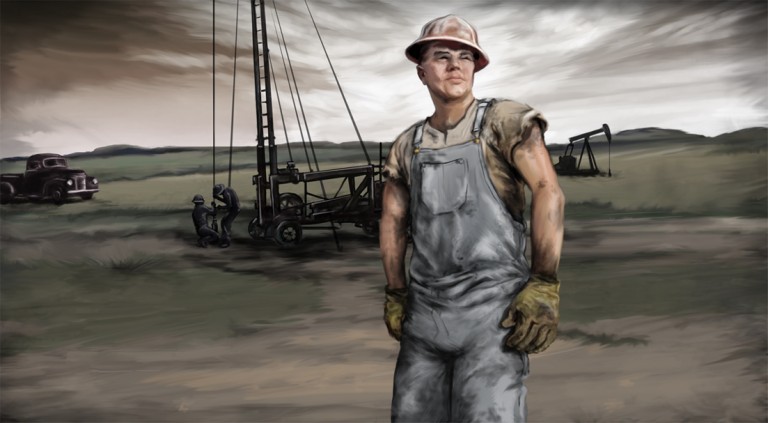 Keeping track of all the children had become routine for Miss Beal. Even after all these years, her students were still a joy. They were also a pain in the rumpus.

Miss Beal sat alone in the classroom that day.  All the desks were empty.  The children had not yet arrived.  She giggled softly so that only she could hear.

They were mostly wonderful. In her heart she loved them dearly. And she reminded herself of this fact each day as she watched them bubbling around on the school playground like fresh little kittens.

Besides this early morning quiet time, before the hustle and hassle of the day got started, Miss Beal also liked to watch her precious young children romping gleefully outside on the playground for morning recess. She would stand inside the classroom near the east window, where the sun spread its morning heat like fingers generously massaging her time-weathered face and body.  That time was supposed to be for the teachers to get caught up on their next set of lessons, however, Miss Beal was an old pro.  She was experienced enough after all these years to be prepared for the whole day in advance, and thus was able to enjoy watching the kids at recess each morning as part of how she got to know them each individually.

Unlike most of the kids raised in that midwestern oil town where she taught the third grade, Miss Beal was certain that this year’s bunch was destined to shun the almost-certain lifetime trap of landing in a blue-collar rut and working the nearby oil fields all their lives.  Never traveling, seeing the world, expanding their horizons, finding their soul mates.

Instead, these were her children. Romping around the playground, laughing, shrieking and soaking in the goodness of young life in a peaceful town.
Years would pass, and the same sort of destiny had seemed to meet her former students. Hardly any of them would have the courage or desire to forego the big rig oil dollars that lured in so many of the town’s children every year.  It seemed so few of the them could break through the peer pressure and see past the immediate payroll, which seemed so intoxicating to a high school graduate.  The world outside seemed far away, and it was lesser known, of course, possibly unfriendly, and hardly worth stepping past the oil cash to pursue strange worldly careers that hardly anybody ever did from the town.

More noble pursuits, were out there, and Honey knew it.  But those few who did leave, would usually never return.  And so the locals never heard great stories of exotic intrigue or conquest.  They only knew the some kids disappeared and were never heard from again.  Choosing to leave behind the only place they had ever known.  So good riddance to them, was the attitude.  They deserve whatever fate awaits them out in that big world beyond the rigs.

Miss Beal still felt positive that this class was different than the rest. It had to be.

She gazed through the window on that sunny morning. They were all so special. Why, just look at little Tad out there on the playground, she thought, silently gazing onto the bright morning’s play session. He just can’t keep himself away from those other kids.  A very social and likable kid. Miss Beal concluded that Tad was just too friendly, too outgoing, and too ambitious to remain in that death trap of a town forever.

Oh, and little Horace. The boy had such a grand sense of humor. She gazed at Horace for several moments. He was back in the far corner of the playground, loping wildly in circles like an excited puppy. Several of his classmates stood grinning at each other, and giggling at Horace. The class clown. Horace will be a comedian, she thought.  No need for an oil rig with that type of personality.  He can charm a crowd at any time, and any place.

Little William was also quite a character. He always insisted on being referred to as Captain William. His antics rarely strayed from resembling some sort of military exercise. William was obsessed with marching everywhere instead of merely walking like the rest of the kids.  Miss Beal noticed William on the playground, hiding secretly behind the jungle gym while speaking rapidly into an imaginary walkie-talkie. He was also holding an imaginary machine gun with the other hand, occasionally rapid-firing at an invisible target. Miss Beal was sure that William would someday be a great leader in uniform.  The lure of big oil money would certainly not be enough to keep him restrained to the town for life.

It was only one year after that sunny morning when Miss Beal had finally retired. And not long after her retirement, Honey Beal passed away peacefully in her sleep on an early morning not unlike that wonderful sunny day filled with her optimistic outlook on this tough life and harder town. She had lived a long and productive life. Her many contributions to education over the years in were appreciated and acknowledged by all the townspeople as they attended her funeral.

How much do you think had changed in that small town?  What about those kids from Honey Beal’s classroom?

Well, if one were to take a curious peek inside the Drill Town tavern, I think the answers to that question would all be right there through the dusty window:

The tavern owner is a familiar figure named Tad. He is older now, but still very social. In addition to being the owner, Tad works as the night shift bartender.

The Drill Town Tavern is filled with smoke. There are few outsiders in these parts. The ones that come into town are usually desperate for work. Outsiders rarely find it their time in Drill Town to be a pleasant experience.

Country music, clinking glass and voices from a time-impacted playground fill the air. The kids never heard the bell that signaled an end to recess. Now they have all become man-sized, whiskered, and hung over.

Horace is called Horse. Yes, he is still a comedian. Horse rests his ass all night on a bar stool. He is permanently slumped onto the polished wooden bar, telling one filthy joke after another. Tonight he tells one about guy they know as Awful Harry.  A roughneck working in the oil fields, Awful Harry is an outsider who came into town like a tornado.  Nobody saw him coming. He tore up all in his path.  And on top of all that, nobody in Drill Town likes outsiders.

On this night, Awful Harry hears Horse slur out one too many dirty jokes about his wife.  So Harry sends one of his Awful punches straight, and real hard, into Horse’s flabby gut from the side.  Horse topples sideways off the barstool,  Then Awful Harry lands another meat hammer onto Horses saggy face.

Tad, who is everybody’s friend, comes around from the back of the bar to help mop up Horse’s messy puss with a clean bar towel. Tad looks up just in time to see Captain Willy squeezing the trigger of a very real handgun.

The target is Awful Harry. Because, in Drill Town, the outsider is always wrong. Harry then lands awfully hard on the floor with an equally awful surprised look on his dead face.

The atmosphere suddenly holds nothing but smoke, silently drifting through like the sudden muted shock filling the room.

The military had refused admission to Captain Willy many years before. Something about mental instability, they had told him. But that had not kept Captain Willy from remaining a Captain in his own army, in his own war, protecting his own little Drill Town, in his own barricaded mind.

And looking down that night, from high above, from the glorious puffiness called heaven, Miss Beal was finally able to rest in peace. She had watched the scene quickly unfold in that smoky bar. Now she realized, after all these years, that at least one of her former students would be leaving town soon.

Albeit the trip would be made on a highly-secure bus.  And the destination would be the maximum-security prison two counties away.  Regardless of these minor details, the old teacher could not help but feel a little vindicated for her life-long struggle to show a young person that there is indeed life outside of Drill Town.
Yes, her little Captain William would be soon be wearing a uniform after all.

Moral: People only change on the outside.